Henley RC was founded in 1839 and is one of the oldest open rowing clubs in Great Britain. 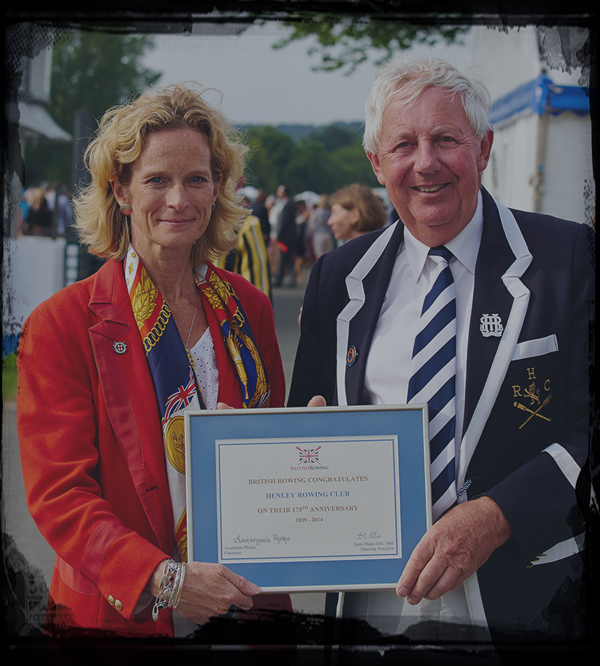 We are proud of our heritage having taking part in the very first Henley Regatta and being established in the home of rowing. Every year we coach enthusiastic juniors, seniors and masters who go on to enjoy many years of rowing and achieve significant rowing success.

At Henley Rowing Club we believe in:

The Club now about 350 members and continues to be successful locally, nationally and internationally. The Club’s annual total of wins repeatedly puts it as one of the top Clubs in the Country.

Through our strong junior squad system we have achieved significant success being one of the tops schools at the Schools Head, National Schools Regatta and winning British National Junior Championships Victor Ludorum in successive years.

In 2005 the Club recorded its first open win at Henley Royal Regatta when it won the Thames Cup.  Juniors have also been successful at Henley Royal Regatta with two Fawley Cup wins (as composites in 2005 and 2007) and the inaugural Junior Women’s Quad Scull event in 2012.  In 2019 the club had a record entry of crews qualifying for the Diamond Jubilee Challenge Cup and the Fawley Challenge Cup (one crew in the final).

Over the past few years to 2019 20 junior athletes have been selected for Junior World Championships, 16 athletes to Coupe de la Jeunesse, 20 crews to Home International and 11 crews to GB France.   The club Honours Board records the athletes names here.

However, while boating competitive crews is important we aim to be inclusive to enable all athletes the opportunity to win a trophy during the year. Winning your first pot is a significant milestone and we aim to celebrate success for all.

In recent years, in particular following the success of our Learn to Row courses, our Masters squad has grown significantly and regularly boats crews at a recreational level and competitively.  The members aim to improve year on year performances at local regattas, Veterans Head, British Masters and Henley Masters regatta.

The club has a substantial fleet of boats, from singles to eights. For land training we have over 30 ergos in a dedicated gym and static bikes for cross- training , plus a selection of free weights.  Various areas of the club are used as dedicated training  areas allowing optimum distancing for circuits and stretching.

Members can enjoy use of a refurbished bar and balcony river views.

Our success is due in part to the dedication and team work of all volunteer coaches and supporters, backed-up by a strong army of parents who willingly lend a hand to cook breakfasts, fundraise, and help keep the facilities in good working order.

In 2018 members voted to approve to change the club’s constitution to charitable status from 1st September 2018. We are a Charitable Incorporated Organisation (no.1178400). The associated trading company (Henley Rowing Club Trading Ltd) will be set up.