For the second time this season the Henley Rowing Club crews were back on the Wallingford stretch for a long distance race on Sunday 18th November. This time swapping their sculling blades for sweep blades to race in the Fours and Eights Head. This is a popular race  with the entry being full within 24 hours of opening with all 350 crew places being taken. Why so popular is a mystery when it is such a difficult course with the first 2000 metres of the 4500 presenting some interesting steering challenges. The race is run in two divisions and Henley had a full complement entered Boys, Girls and Masters covering both Divisions. 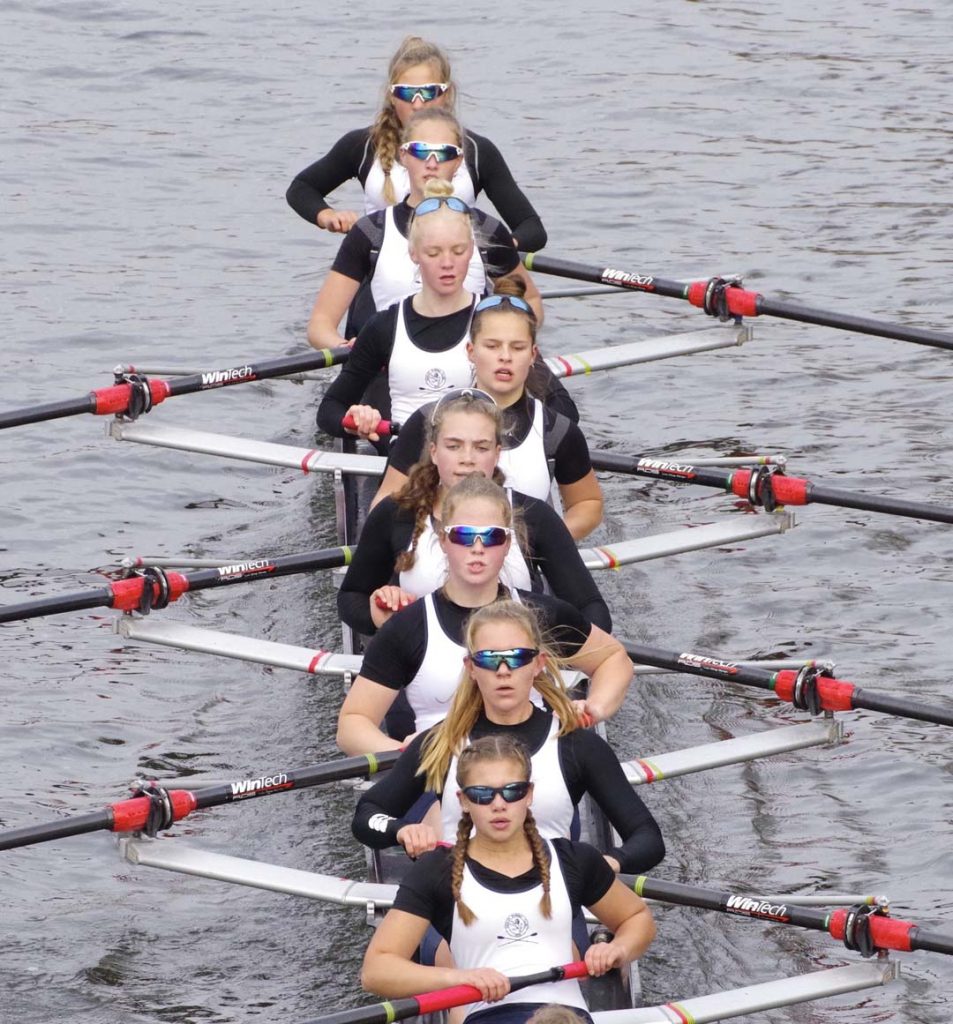 The J18s also took a break from their sculling to try their hand at sweep rowing, fielding an 8 and a 4, both with great success. In Division 1 the eight, Luke Marshall, Balthasar Issa, Grant Taylor, Seth O’Connor, Ed Roy, Joe Long, Euan Tufnell and James Swinburn, and coxed by Charles Washbourne, containing 6 of this season’s GB sculling triallists, had a cracking row and won Band 2 of J18 8os in a time that would have seen a top 3 finish in the open category. In Division 2 a J18 four of Alex Carr, Sam Beattie, Olly Taylor and John Yolland coxed by Charles Washbourne produced their row of the season so far to take 5th place out of 9.

On Saturday some of the boys squad competed at Hampton Head. Dan Crick and Soren O’Connor came third in a very strong field of twenty seven in the J16 doubles event. James Wallace and Tom O’Reilly also performed well in the J17 doubles to finish seventh in a field of nineteen.

Henley Rowing Club featured in Michael Portillo’s Great Railway Journeys.  The last of the current series ended in Henley on Thames where he learnt…