Reading Small Boats Head
After good performances at Wallingford Long Distance Sculls in late September in JM16 singles by Bruce Turnell [3rd] and Cameron Jones[4th], last weekend at Reading Small Boats Head the Henley Rowing club boys squad put in a strong performance.
The Reading course has some tricky bends, one complete with a submerged wreck, and narrow sections where overtaking is barred. Overcoming all that, the double of Anthony Howe and Cameron Jones won JM16 doubles with a committed row from the “go”.
Demonstrating strength in depth, Henley entered 7 scullers in the JM16 singles, four of whom [Bruce Turnell, Anthony Howe, Cameron Jones and Joe Zolkwer] finished in the top 12 in a large field of 30. The highest placed Henley sculler, Bruce Turnell, who was third, then went straight out to row the 15 minute course again in JM 17 singles. Despite sculling a year up, he came 4th of 11, beating some quality scullers and remarkably in a time 2 seconds faster than his first JM16 race, only two hours before. 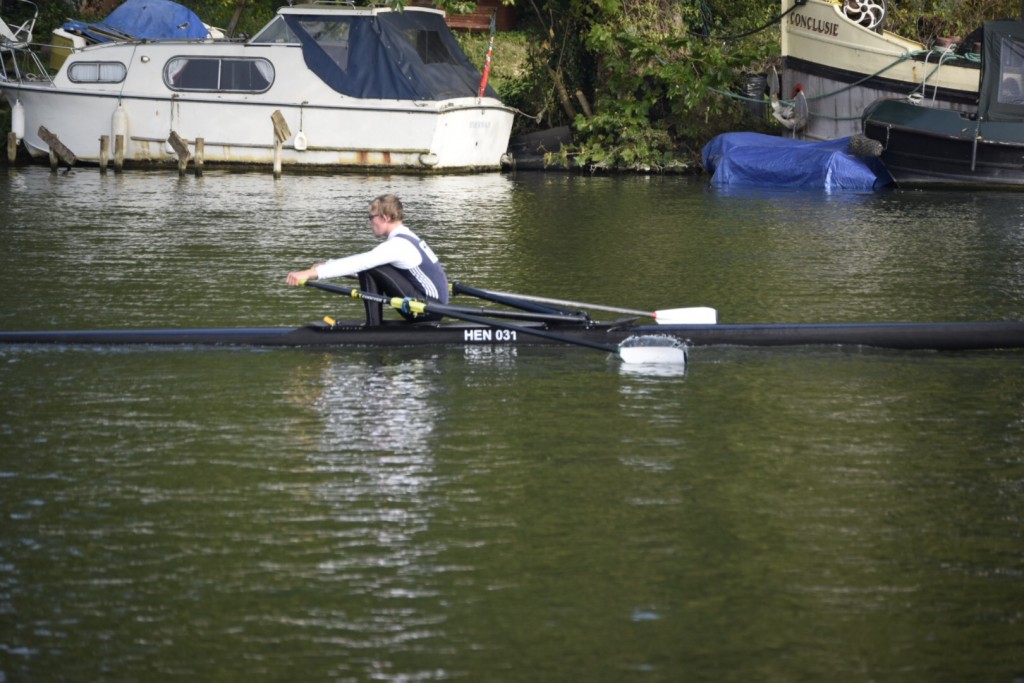