Henley Rowing Club Masters squads attended Marlow Spring Regatta on 6th May in force getting ready for the new season.  Four women’s quads (two Vet D, one with a late substitute on the day, and two Vet E) raced and one master’s men Vet E quad. For some it was their first experience of side by side racing and proved valuable.  The Vet D quad of Emma Alvey, Jan Watson,  Anna Stevens, Jo Paice (steers) over came a mishap at the start to win their heat.  Unfortunately, they could not repeat this in the final against a Marlow crew.  The Women’ Vet E quad of Janet Dutton, Helen Knowles, Margaret Hall and Julia Lock (steers) gained a medal  in straight final against Marlow and the other Henley Vet E crew, battling in rough water conditions. 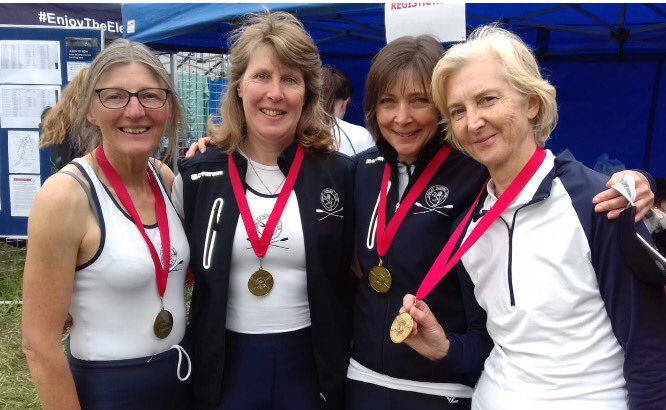 At Nottingham City and Masters Regatta on Sunday 12th May the Vet D 2x crew of Helen Turnell and Nikki Orr won their final by half a length in a tough battle with an RAF/Newark Composite.   The Vet F double of Janet Dutton and Margaret Hall were competing in the double for the first time and unfortunately came against a world class crew in the tier 1 event. They were later joined by Helen Knowles and Julia Lock for the Vet E quad again gaining valuable race experience, but sadly no medal.  However, three of the crew (Janet Dutton, Helen Knowles and Margaret Hall) an hour later joined with Walbrook in a composite Vet F 8, rowing through Bewdley mid-race to win by over a length. 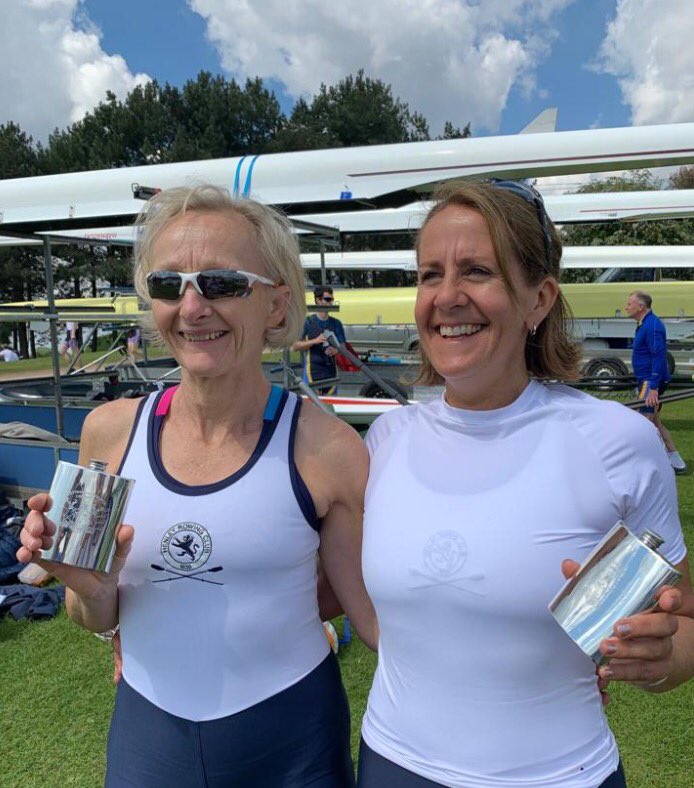 Tom Moon competed on the Saturday event winning the 1x?? The women’s double of Natalie Atkinson and Becci Norman were also competing on both days.