This weekend saw Henley Rowing Club racing on home waters for the second weekend in succession. Henley Sculls, organised by Henley Open Events, took place over 3000m in ideal racing conditions on an unseasonably warm and calm Autumn day. This is an event that involves all parts of the Club both on and off the water, with many Members and parents providing help at the event to continue its reputation for good organisation and smooth running.

Henley scullers won a total of thirteen events throughout the day, five in the morning division and eight events in the afternoon.

Senior Men
The best performance of the day was by a member of the senior men’s squad. Chris Mitchel, racing in Novice sculls, won in a field of twenty four in a time of 12 minutes and 31 seconds. This time would have also given Chris victory in the three higher ranking events of IM3, IM2 and IM1 sculls. Another of Henley’s senior men, Stan Admiraal, took second place in a field of eleven in the IM2 single sculls event, giving the squad two of the top six times of all senior scullers throughout the day from a total entry of 58.

Genevieve Baillache-Graham won the Senior Women’s single and Sally Pollock Morris won the WIM1 1x category with the second fastest women’s time of the day. Amanda Hynes came second in the WIM1 1x finishing only 4 sconds behind her Henley crewmate.

Junior boys
The junior boys also had some excellent performances, with the J16 squad achieve the notable result of victory in the both quad and double in the afternoon division, showing the strength of that age group. Lachlan Reid, Anthony Howe, Cameron Jones, and Jack Broadbent won the J16 quad, and their squad mates, Bruce Turnell and Joe Zolkwer, performed outstandingly to win in J16 double beating last year’s National School J15 doubles gold medallists in a time only 12 seconds slower than Leander’s top J18 double racing in the IM2 event. Bruce had earlier come second in J16 singles in a strong field of 23, with two other Henley scullers, Anthony Howe and Joe Zolkwer in top 6.

Junior girls
The Junior girl’s squad won 7 events throughout the day. Lottie Orr beat 15 other scullers to win the WJ16 singles, and Ella Morgan won the WJ18 single sculls in a field of 28. Lauren Kay took second place in the WJ18 event, with the three girls clocking the three fastest junior women’s single times of the day.
The girls’ squad also won the WJ16 quad, WJ18 quad and women’s IM3 quad, with the two junior girls crews beating the time of a women’s IM1 crew from Reading University. The J16 crew of Georgina Robinson Ranger, Mary Wright, Lottie Orr, Issy Jonsson won their event in a similar time to the WJ18 crew of Ella Morgan, Lauren Kay, Clare Pearson, Florence Wiggins, showing the strength of the older age groups at the club. The WJ15 and WJ14 coxed quads finished second in their events. The WJ15 crew of Amelia Crick, Sophia Hahn, Jessica Arlett, Felicity Parfitt, coxed by Freya Reid competed against 9 other crews narrowly losing out to a strong Maidenhead crew by only 4 seconds, closing the gap to their local rivals in comparison to last year.

Masters
The masters section of the club was well represented, with Sean Collinson wining the Masters D category in a field of five and Rob Wilson came second in the Masters C category. The woman’s masters D quad performed well with but narrowly missed out on victory by one second after the application of an age handicap. 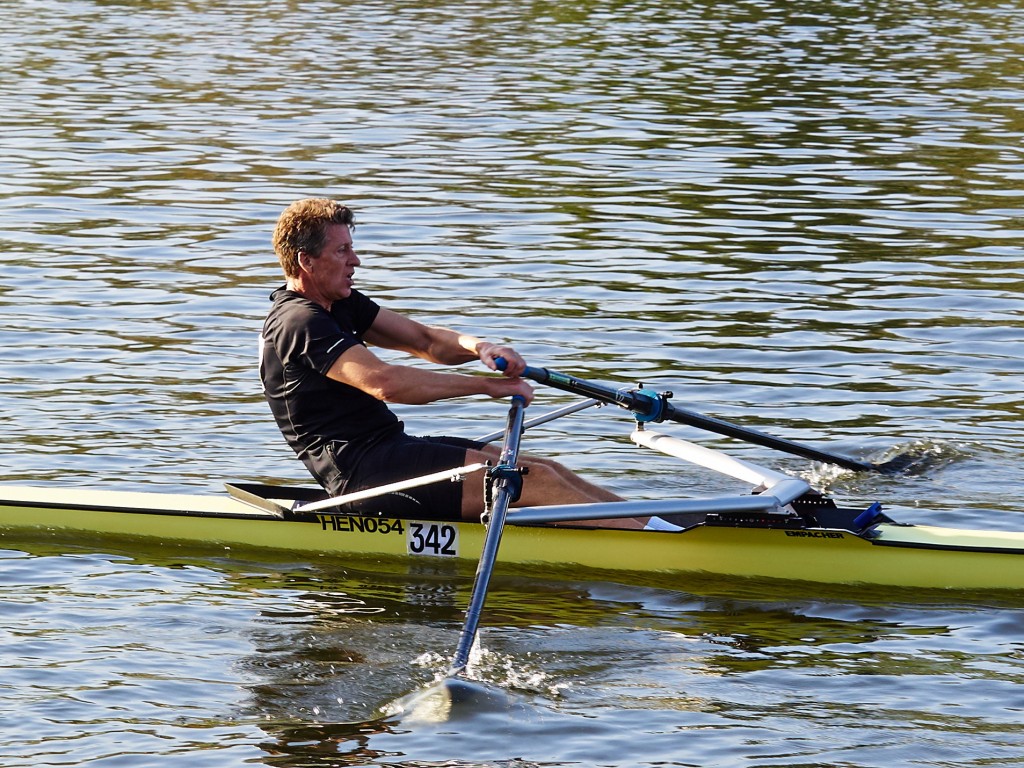