All three crews put in exceptional performances on a relatively benign Tideway and each crew was rewarded with second place.

The J15s just behind Latymer having narrowed the gap from over a minute when they first raced them at Wallingford before Christmas to just a few seconds. J16s were second to Lady Eleanor Holles by 9 seconds but where well clear of Headington and fourth placed Marlow.

The Championship Eight narrowed the gap on Headington from 11seconds at the Womens’s Head to 7 seconds, and without some very dubious steering from a crew they were passing which caused the Henley boat to clash with a marker buoy, could well have been a win.

The following day all the girls changed from sweep to sculling for the Junior Sculling Head held at Eton Dorney lake. The strength of the girls’ squad through the age groups resulted in Henley Rowing Club being awarded the Vitrix Ludorum, beating Headington School into second place. The girls won 3 Golds for the “A” boats and 1 gold , 1 silver and 1 bronze for the “B” boats. Fastest of the girls quads was the J16 boat of Mary Wright, Ruby Brown, Georgie Robinson Ranger and Issy Jonsson who won their division by a comfortable margin of 24 secs from Headington, whilst the “B” boat Grace Johnson, Eve Poulter, Rebecca Lister, Tilly Lock finished 6th overall and 3rd placed “B” boat. 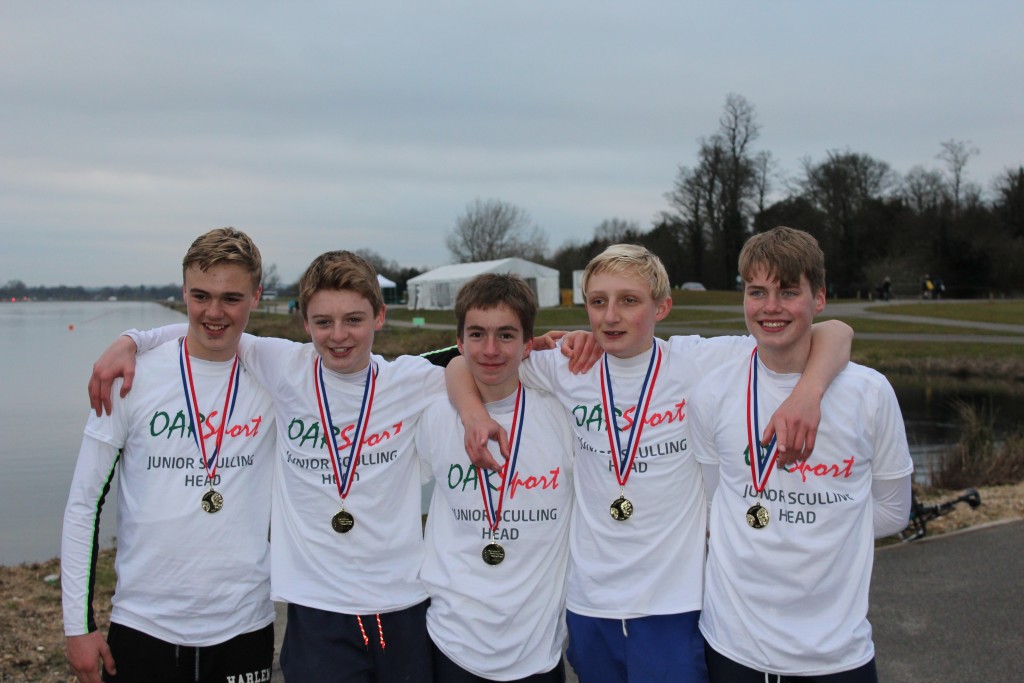