Munich Regatta May 6th and 7th

As part of the selection process for this year’s junior GB team Ella Morgan, Mary Wright and Lottie Orr were asked to represent Great Britain at the Munich junior regatta. Mary and Ella competed across the two days in pairs and fours and Lottie in doubles and quads. Munich is a very tough regatta with not surprisingly a very strong German squad presence across all events. Ella and Mary did exceptionally well with a win in their pair while Lottie finished fourth in the quad. The results should stand the girls in good stead for their objective of selection to this year’s GB Junior Worlds Championship Team.

Ghent Regatta May 6th and 7th

Junior Lachlan Reid also put in a good performance to finish in the top 20 amongst and huge field of single scullers at both Regatta’s.

Competing above their age in under 23s pairs, Georgia Edwards and Clare Pearson had a comfortable victory on both days against Molesey. Going up another category to Open Womens 4s, Georgia and Clare were joined by Lauren Kay and Georgie Robinson Ranger. The crew did well getting to the final of this open event and finishing in third place behind the top boats from Molesey and Tideway Scullers. Lauren Kay also finished a very good third in the under 23 single sculls on Saturday. Back in Junior events Clare Pearson was joined by Alice Jones in the pair to win Saturdays event comfortably.

In Junior womens quads on Saturday Tilly Lock, Phyllis Barter, Georgie Robinson Ranger, and Issy Jonsson – from a field of 19 entries – had a 2sec victory over New Ross RC of Ireland. On Sunday Alice Jones replaced Georgie in the quad and another Gold was sneaked with a 0.25sec victory over Sporting Dunkerquois of France. And the final event – the Junior Womens 4s – Sunday saw another close race with Phyllis Barter, Daisy Butterworth, Grace Johnson, and Alicia Redman beating Commercial RC by half a length. 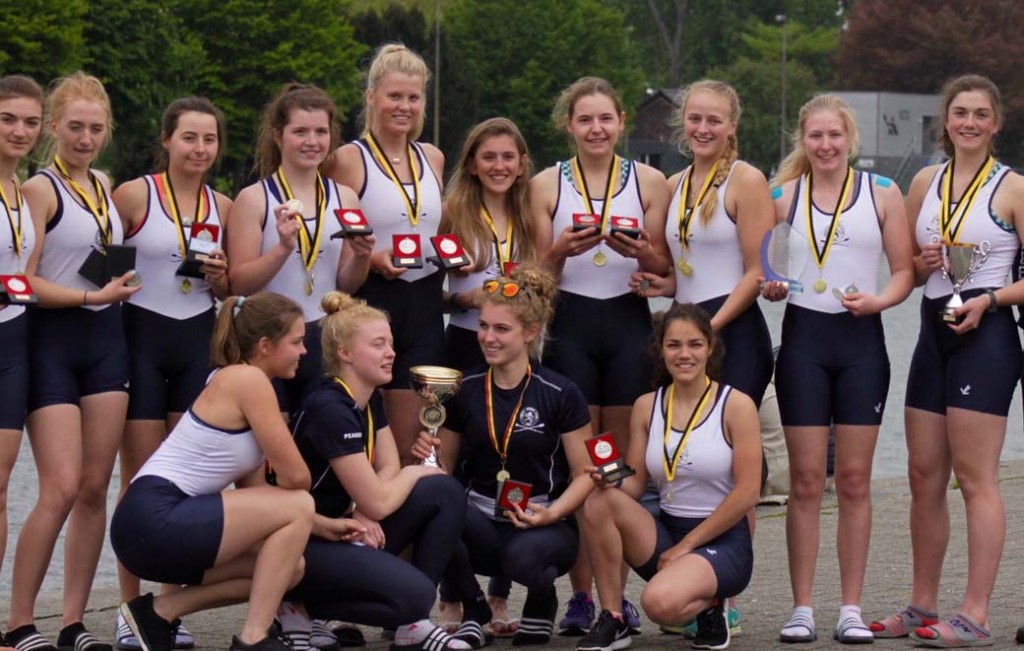 Henley Sculls took place on Saturday 6th November. Over 450 crews (split over two divisions) entered to compete over the 3000m course from the…